Dacia Sandero Will Be Manufactured Only In Marocco

The best-selling Dacia car moves entirely to the factories in Tangier and Casablanca.

Renault representatives confirmed the information according to which the plant in Mioveni loses the production of the Sandero hatchback, in front of those in Morocco.

Mark Suss, manager at Renault and head of the Dacia brand, has told French journalists at L’Argus that the Sandero will change its production mix in the three plants where Dacia cars are currently manufactured. The Dacia factory in Mioveni, Argeș, will be left without the Sandero model, which will be assembled exclusively in Morocco, Tangier and Casablanca, starting with the third generation, while in Romania only Sandero Stepway will be produced, along with Duster.

According to the statements made in Paris by the representatives of the French company, when asked by Profit.ro, “other models” will be produced in Mioveni, along with Duster and Sandero Stepway. Most likely it is about the future crossover, which will take the place of the current Lodgy and which could even be called Grand Duster. 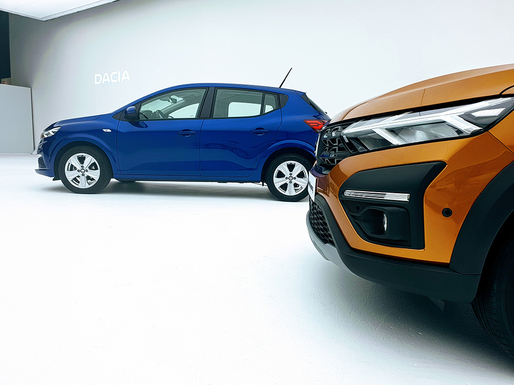 The Sandero model, the best-selling car of the Dacia brand, has moved to Tangier since the second generation, for better price management, given the fact that in Morocco labor costs are lower than in Romania. Basically, in Mioveni, Sandero was manufactured for the local market and for the markets in the region. In addition, the Romanian factory also produced some Renault Sandero models, for the markets where this car is sold under the French brand.

At the end of September, Dacia launched the new generations of Logan, Sandero and Sandero Stepway, which stand out through a new platform, which allows them to be equipped with new technologies, but also offers a better behavior for these cars. The three will be launched in the Romanian commercial network at the end of November – beginning of December, when the prices will be announced. One of the radical changes brought about by the new generations in Europe is Logan’s disappearance from several Western European markets, including France and Germany.

Renault is Selling 60% of the Thermal Engine Division

Renault is ready to give up up to 60% of its shares in the thermal engine division, which will include the Mioveni...

Dacia Bigster (concept) was officially presented in Bucharest to journalists and dealers. It will enter series...

Renault Duster disappears from the most promising market in the world

Renault Duster disappears, following Renault's decision, from the most promising market in the world. Where the famous...

News About Dacia Duster 3 DACIA Duster 3 is the next SUV model that DACIA is currently working on for worldwide...